The final choice of the acoustic guitar is still the best choice? The most painful thing in the guitar industry in the past two years was the death of Bill Collings, a master of North American handmade guitars. Because I had the privilege of playing the famous four major handmade pianos in North America and the famous martin guitar. (all are starting to target Martin) Today, I will simply talk to you about your personal opinion.

Huss&Dalton Personally, Huss’ voice is not very similar to Martin. Put aside work and talk about sounds. The feeling Huss gave me was crisp! Really very crisp! It’s a string sound that I like very much. Compared to Martin, the sound is warmer and more balanced than Martin’s rough. From the sounds and sweeps, I personally love Huss & Dalton. 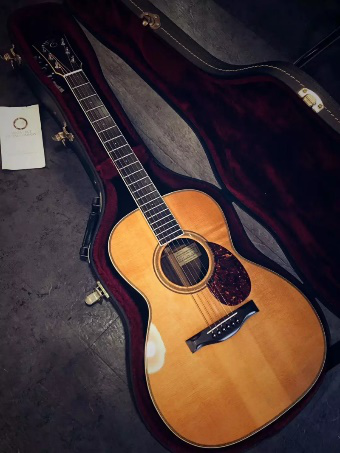 At first I said that the four guitars are very different from the sound. Santa gave me the feeling of restraint and low-key. So the fat man in the studio fell in love with it. To be more meticulous, Santa’s tone bass is a bit of Martin’s shadow. But at the mid-high frequency, Santa’s slightly fat, slightly thicker tone began to show up slowly. Personally think that the sound of Santa is a very suitable for a taste of Solo.

Focus on the two brands below. Let me talk about Bourgeois first.

When I first played its OM guitar, it felt like I heard something different. The sound field of Bourgeois is very special. My feeling is that the sound field is large, and the sound field has a feeling of vast ocean. The tri-band is very uniform and full, and the bass is very solid. A 6-string root sound played for one afternoon, and the overall sound was more playable. The high frequency is brighter than Martin, and the medium frequency is thicker than Martin. The low frequency and Martin are not the same feeling. Martin is restrained and thick, and Bourgeois is full of imagination. Bourgeois is ideal for fingering and decomposing. The feeling of sweeping the strings is not as clear as the decomposition. 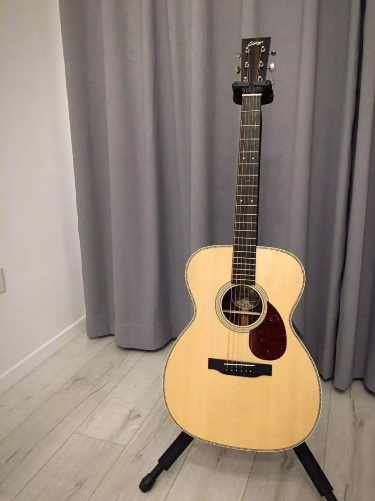 how to say? The first feeling Collings gave me was tight! So tight! The graininess is extremely strong and it is too personal. So I like Collings very much, and there are many people who can’t accept the sound and feeling. One’s man meat is another man’s poison. Let’s talk about its tone. Like Bourgeois, the sound of Collings is very special. The sound field is also a big one, but the grain is more grainy. The sound is not as full as Bourgeois, personally feel that the explosive power of Collings is a feature. On explosive power, this is the only place Collings is similar to Martin. Normal sweeping is very good. But by the time the high-frequency open chords seem to diverge a bit relative to the sweep, it is not as good as Martin. Relatively speaking, Collings is an all-round guitar. You can play with strings, breaks, and fingerstyles. It is said that Bill Collings himself is very picky about the selection of the single. Martin went to pick the wood and took 10 of the 10 pieces. Bill Collings took a small bench and used his most special tapping method to pick every piece of wood. Like the craftsman spirit. Domestic masters can learn more. I believe that Chinese guitars will get better and better~

To sum up, actually speaking so much, the sound is abstract. The four major handmade guitars in North America, in fact, have matured so far, basically have nothing to do with Martin guitar. Huss’s voice is balanced and crisp. Bour’s voice is full and powerful. Santa’s voice is solid, fat, and restrained. The sound of Collings is tight and gorgeous. Martin’s most special one as an acoustic guitar, in essence, still has. Its unique wildness and unrestrainedness is still the one who can’t be copied. Finally, I hope that the level of guitar production in China is getting better and better~

Ps: No contempt for the fire stick!