With the improvement of living standards, our demand for musical instruments has become more and more important. In addition to pursuing basic use, it has gradually begun to pay attention to the scientific and technological value of the brand, as well as cultural added value. As a company that has developed nearly two hundred years of acoustic guitar manufacturing, Martin has attracted more and more guitar lovers.

While everyone wants to know the history of Martin guitar and the brand culture, it is inevitable to have a strong interest in the materials they use on the guitar. Attentive fans will notice that Martin’s acoustic guitars are completely free of traditional wood composite panels that are widely used by other companies, but instead use a material we abbreviated as HPL. We see that the back sides panels of the X-series guitars are made of this material, as well as full HPL materials; In Martin, LXM/LXK2/LXBLACK is also full HPL. So, what exactly is this material that we feel strange?

As a traditional material, wood is widely used in all aspects of life. However, due to its limitations, such as waterproof, insect proof, and size, users hope to expand the usability and application range of the wood by manual means. Then the composite board came into being. The invention of the composite panel can even be traced back to 3000 BC. As early as the beginning of the first century BC, the Romans were familiar with the veneer manufacturing technology and the principle of plywood manufacturing. In 1812 the French invented the veneer sawing machine. In 1834, France issued a patent for the planer.

The development of materials, along with the pace of human progress, the development of wood composite panels, allowing the navigators of various countries to cross the ocean, to find unknowns and explore the world farther.

In the 1870s, electricity began to enter the production field; In the 1880s, the internal combustion engine was successfully developed; In 1855, Bentz prototyped the car successfully; the 1903 aircraft was successfully trial-produced. With the advancement of technology, traditional wood composite panels have been unable to meet the needs of technological development at that time. There is an urgent need for a new type of material that can keep up with the rapid advancement of technology. Therefore, many scientists have begun to work on related aspects.

In 1896, a Belgian-born American chemist, Leo Baekeland, mixed phenol with formaldehyde to make a resin product that could be converted to an insoluble polymer, a phenolic resin. Also, by adding some sawdust filler, he obtained a plastic material with a very deep color. In 1907, he was named after his own name Bakelite, and he applied for and patented it. This is the predecessor of today’s high-pressure laminated decorative panel HPL. 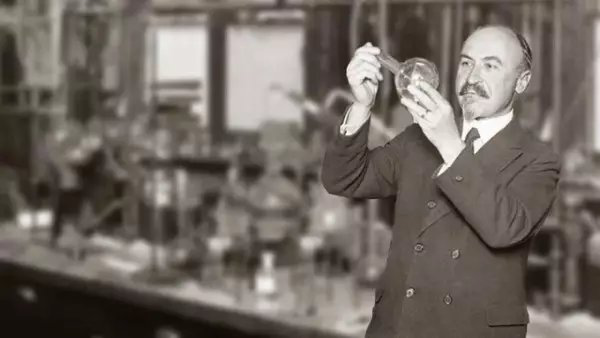 This material has excellent properties, is different from traditional composite panels, and is insulating. Therefore, it quickly gained favor from the electronics industry and successfully replaced ceramics and mica as excellent insulating materials in electronic devices. After that, HPL was used in many other fields, from sound, electricity, and thermal insulation to agriculture; from textile to aviation.

However, the phenol formaldehyde polymer, due to its poor light resistance, still limits its use. Early HPL laminates could only be black or brown. 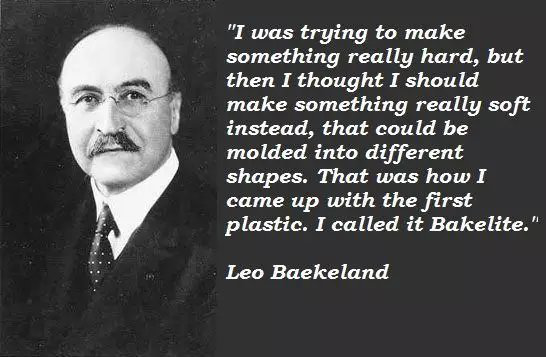 At the same time, research on the other hand is also underway. In 1906, Leibich focused his research on melamine formaldehyde. He found that mixing these melamine formaldehyde resins with cellulose and after polymerization, produced a very good solid material. It is stable to light, resistant to abrasion and non-conductive. In the 1940s, the development of decorative paper material technology that can be applied to melamine formaldehyde has made it possible to beautify the appearance. He can make the board a more pleasing, more decorative outer surface.

Finally, in the 1950s, based on previous research by scientists, modern HPL materials were first commercialized in the United States. This material is very revolutionary, it is different from traditional composite panels, and some other materials. Its plasticity and insulation make it a wider range of applications; Corrosion resistance, which gives it a longer service life; The outermost layer of decoration, eliminating the need for additional decoration and treatment of paint, spray paint, wood plywood wallpaper. This new material has achieved great success due to its dual advantages in aesthetics and functionality!

It first achieved great success in kitchen furniture, especially in the modeled “American” kitchen, where tables, shelves, bar counters, and various places that used to be wood and wood composite panels were replaced.

In the ensuing decades, research, innovation and development of the new HPL opened the door to different market segments and more potential applications. A wide range of products have emerged, from the anti-smoke HPL of the 1960s to a self-supporting HPL; from the laminated board to prevent the spread of flame, to the types of materials used in the furniture industry; from the varieties that are pressed, to the varieties that are mixed with various materials. Scientists turn their imagination into reality, and the application and research of HPL will continue. The development of Martin’s guitar is also accompanied by the human exploration of the world: in 1926, Konter was the first volunteer to explore the Arctic as Robert Byrd’s, carrying Martin’s ukulele on an expedition to the North Pole. Martin Ukulele became the first instrument to travel to the North Pole! After Konter completed many of his trips, he became a writer and wrote many things like “Dick’s Ukulele Method” and “Dick’s Improved Ukulele Method.” And he signed Martin’s signature august with his Arctic trip and many footprints to the Martin Museum. He was affectionately known as “Ukulele Dick.” 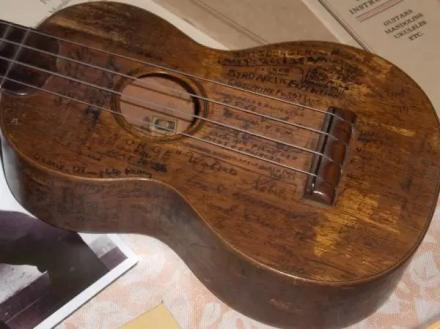 THE KONTER UKULELE is now in the Martin Guitar Museum, with signatures of almost all celebrities in American politics and science at the time. 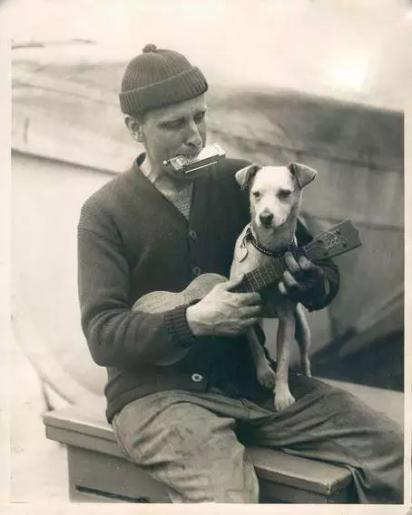 American Seaman, Adventurer, Explorer, Ukulele Player – Mr. Richard (Dick) Konter (1882-1979). In 1993, Martin also produced a high quality portable guitar – Backparker! Humans take it with a music tour accompanied by Martin guitar, and the footprints are on the road of scientific research! In 1994, it also went to the NASA space station!

Martin Guitars, aware of the wide applicability and durability of HPL materials, has revolutionized the use of this new material in guitar manufacturing. In terms of sound, it is not inferior to the composite board used to make guitars; It also allows music lovers to take their favorite Martin products to go to places where all solid wood and composite wood instruments can’t go. 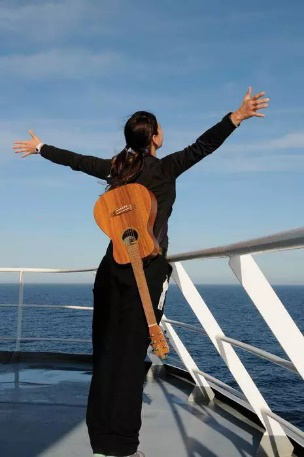 You can carry it on a nautical trip. It is not like a composite board instrument, fearing that high humidity will break down the adhesive layer. 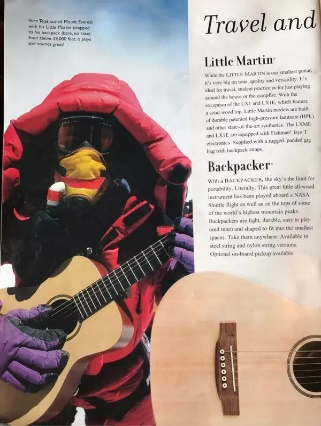 In high altitude alpine areas, you can also bring it. It can withstand such a harsh environment.

American soldiers who went to the battlefield or triumphantly returned home, on the high-pressure and dangerous battlefield, only guitar and music can bring comfort to them. The development of materials is accompanied by advances in science and technology and the pace at which humans explore the world. The generation and application of new materials has always catered to the development of science and technology and the needs of mankind. Of course, not every new material will be immediately known and accepted by everyone, just as the development of alternating current has been difficult. However, it turns out that as long as it is a test of time and meets the needs of development, it will be widely recognized and accepted by people.

Martin Guitar Company, in the nearly 200 years of history, has continued to adhere to the classics and has continued to move forward. Several revolutions in the acoustic guitar industry in history, this small company has experienced and completed. They have always stayed at the forefront of the industry. The HPL material has developed from the development of the prototype to the past 120 years and has achieved great success in various fields. Like Martin’s acoustic guitar, it has gone through the test and tempering of time. So, there is such an HPL guitar that can accompany you to almost anywhere, and the sound is beautiful. Have you ever been happy with this seemingly impossible thing? 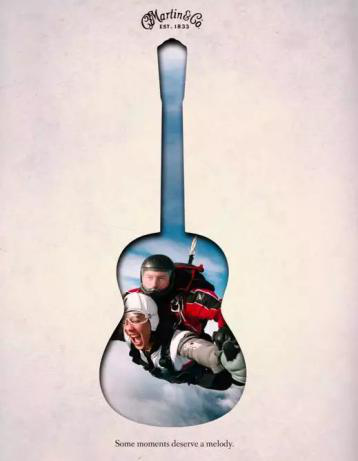