I don’t know when I started to fall in love with the folk songs, and I don’t know when it was John Mayer who met. There are too many European and American male singers.I used to be obsessed with One Direction’s Teempop. But when I grew up, I discovered that the calmer the deeper. So I met John Mayer.

John Mayer was born on October 16, 1977. When he was 13 years old in Connecticut, his neighbor gave him a tape of Bruce guitar master Stevie Ray Vaughan.

He began to play with the guitar in his hand and started performing at some of the local blues bars.

In 2005, he paved another musical path for himself at a critical time when his career rose further. He began to shape himself into a guitarist like Eric Clapton and his teenage idol SRV.

He set the Martin guitar aside and picked up the fender to start working with the Bruce legends like BBKING, Buddy Guy and Clapton. He greeted the new style at its best – funk, soul. It is worth mentioning that it is blues.

John Mayer’s blues album “Continuum” was released on September 12, 2006. Produced by Mayer and Steve Jordan. Mayer suggested that the album retain his popular elements of melody and sound while adding Bruce’s feelings. Such as funk style vultures, blues style Gravity. John Mayer said that Gravity is the most important song he has ever written. The main song waiting on the world to change premiered on The Ron and Fez.

He believes that he can bring blues music to the popular generation. “I am not the best of so many people who do blues music. But I want to be the most popular of the blues music in the last 10 years. ”John Meyer said, “This is my responsibility. ‘’

John Mayer is the most influential guitarist in the contemporary youth. Whether in folk or electric guitars, there are extraordinary accomplishments. He is naturally one of Martin’s signature series of artists. 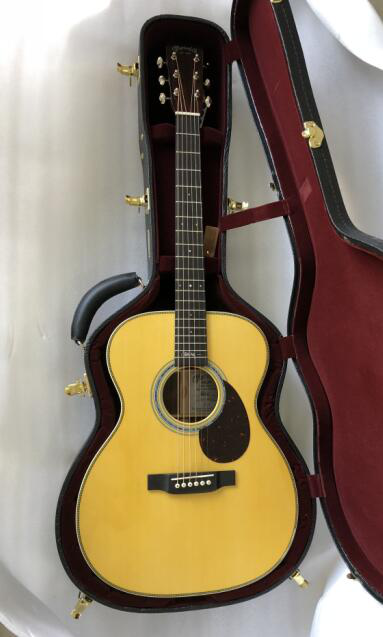